Southeby's auctions sold it's most valuable coin ever recently, almost doubling the previous world record at $18.9 million us dollars. The staggering amount was paid for one of the rarest gold coins the US ever produced. 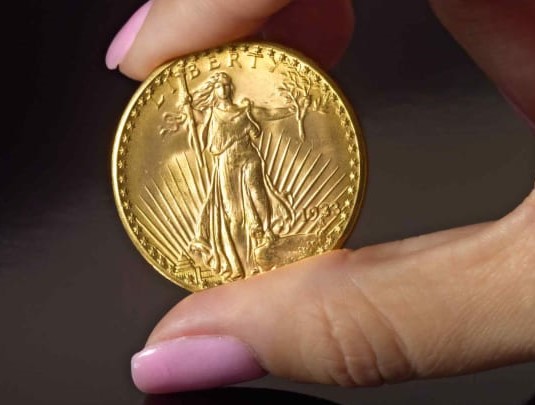 The "Double Eagle" as it has been dubbed features lady liberty on one side and a flying eagle on the other, Only a handful of these super rare coins are believed to exist after the US government demanded their return back in 1944. The government wanted these coins back for gold smelting so badly, they ordered the secret service declared any unreturned coins be classified as stolen!

The one recently sold is the only one that can be legally possessed after lengthy court battles between the US treasury and its previous owner. Given this coins rarity and scarcity, It begs the question, how many of them were buried for safe keeping?! Could you imagine digging up one of these? what would the legal ramifications be? An interesting question to ponder no doubt.

Let us know in the comments what you would do if you dug up one of these beauties'? Are you looking for a metal detector that performs exceptionally well for gold? Feel free to contact us any time for any of your metal detecting needs!